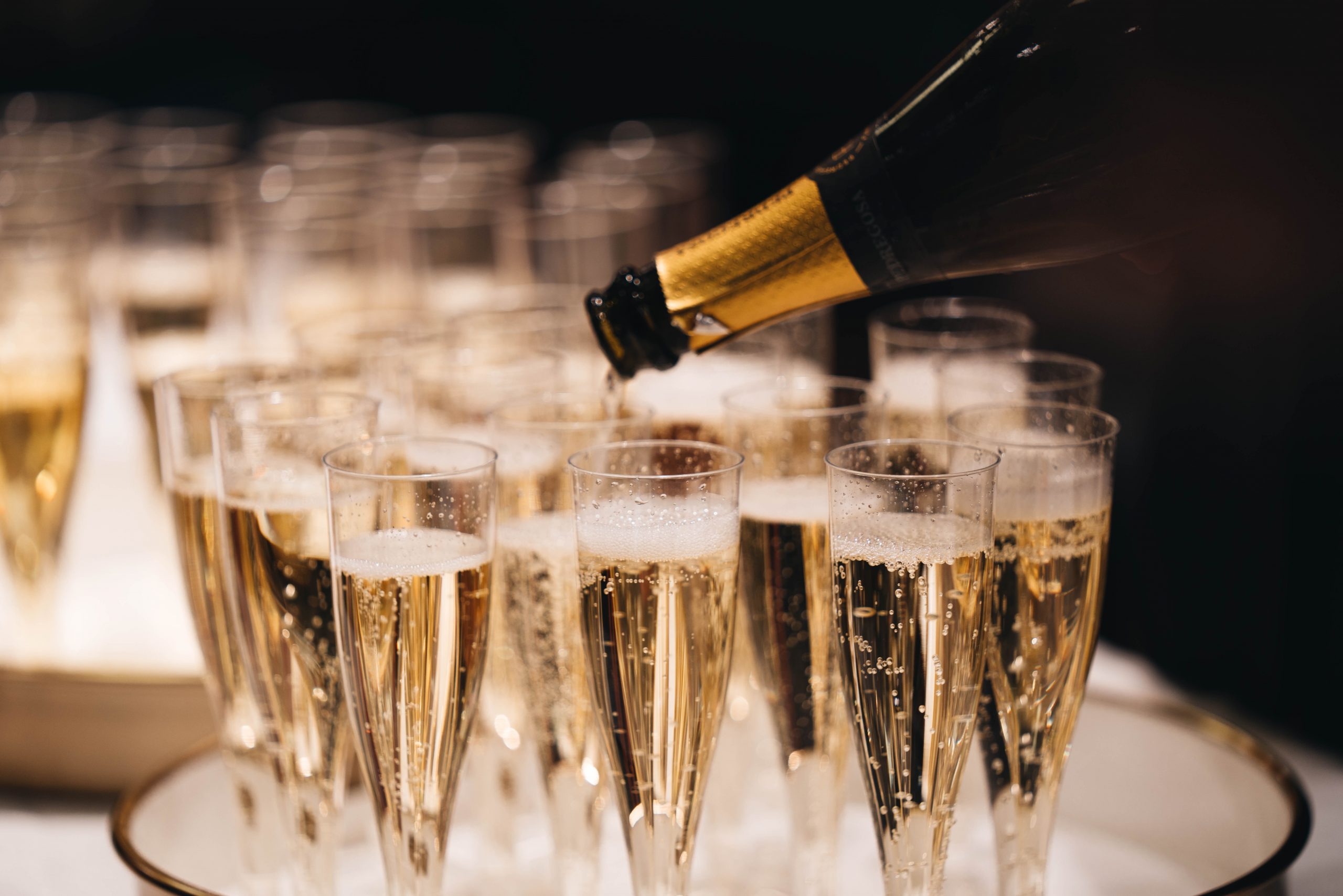 Tis the season for the drink that signifies celebration more than any other.  Champagne gained this reputation as French kings were traditionally anointed in the city of Reims and the local wine was served as part of the coronation festivities.  Word spread quickly about this exotic wine served by the rich and powerful and at the same time the emergence of the middle class was happening.  Due to great marketing from the Champagne houses, Champagne quickly became a symbol of the middle class for upward mobility, 200+ years later Champagne still possesses this status symbol.

Champagne is simply a sparkling wine typically made up of three different grapes;  Chardonnay, Pinot Noir, and Pinot Meunier although several other grapes can be used.  The name Champagne actually refers to the area in France that is famous for this sparkling wine.  Through various treaties, sparkling wines from other countries are not allowed to use the term Champagne.  Other famous examples are Prosecco from Italy, Cava from Spain, or various sparkling wines from the U.S.

Contrary to popular legend, Champagne was not invented by Dom Perignon; it was actually invented by Benedictine monks in 1531.  The wine was simply bottled accidentally before fermentation was complete; therefore carbonation built up in the bottle and produced the sparkle.  Over a century later Physician Christopher Merret invented the Methode Champenois that is still used today.  This entails adding more yeast and rock sugar to the wine after the 1st fermentation has finished thus starting a second fermentation.  After the 2nd fermentation was finished, the lees (spent yeast) was removed from the bottle.  This method produces a unique flavor to the wine that is treasured throughout the world.  Some 40 years later Dom Perignon was originally asked by his superiors at the Abbey of Hautevillers to remove the bubbles from the wine.  Champagne was known as the “devils wine”.   At the time bottles were randomly exploding because of the pressure, making working in the cellar extremely dangerous as an exploding bottle could set off a chain reaction sometimes ruining up to 90 percent of the vintage.  Thankfully around this time, British glassblowers had figured out a way to produce stronger bottles that could withstand the intense pressure.  Through his research he provided improvements to both production and quality to the wine.  But it wasn’t until almost 200 years later that the Methode Champenois was extensively used by the wineries.  Now this method is used by all of the finer sparkling wine producers throughout the world.

Some great picks to celebrate the holidays: